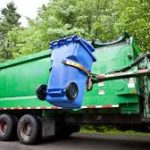 I remember the last time I needed a new pen was with my fountain pen in the fourth grade, when my teacher made us all write with cartridge pens, actually load the ink, blobs on paper couldn’t be helped.The scratching of that pen tip on paper…  I heard my neighbor practicing the A,B,C’s and knew writing was the coolest thing in the world.  What a time saver, if you knew which way to load the cartridge.

My father brought home a box of felt tip pens and I pressed so hard I broke tip off of every one in the box.  Those pens felt different than cartridge fountain pens,

The ball point pen changed everything, different flow regulated thick or thin depending upon which type you chose.  But it was the disposable concept that changed it all.

What’s with disposable?  Why put a baby in disposable diapers for a quick crap that will sit in landfill for a thousand years. I don’t get that.  Why is it easier for us throw it away than to own our things and care for them, reuse them or wash, like the inconvenience of diaper service or refilling a pen.  It took one phone call and a bucket to put cloth on both my sons.  I washed the first ones, and I’d leave the bucket on the porch for the second.  Some guy in a truck came by, picked up the old bucket, delivered clean diapers and I was on with the changing.  It actually cost less than disposables and we don’t have waste mountains from 1985 and 1992 in landfills.

I’m for reusing if I can, fixing what I break and exploring capabilities with all kinds of tools, from the diaper to the pen.  I still use cartridges. I leave less waste here after I’m gone and have more control over what I choose to remain.

One response to “all I need”

Previous: power of sleep Next: a good man