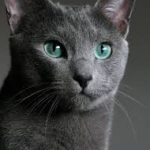 Someone recently told my son that cats re-inhabit other cats after they die, because the owner needs the original cat.  Whether or not that’s true, we don’t know, but I’m thinking about my beloved cats on Memorial Day.

I was a thrilled five year-old when my father brought home a smart, feisty black and orange calico from a basket at the local store, and we named her Mickey, after his childhood cat in Toronto. Mickey was my first beloved friend, with stories about having babies in my bed, Mickey’s daughter having babies at the same time she had them, and both mother cats transporting blind kittens from room to room in our house, exchanging kittens along the way.  It was years before my parents got Dr. Surplus (honest to God that was his name) to spay them, don’t know why it didn’t happen earlier.

When I was seven, I found a black and white male cat stranded on top of a telephone pole at Stinson Beach and we brought him home, so his sister was named Bolina, following the beach naming theme.  We had professional photographs of my prepubescent brother adoring his precious Bolina in our back yard, evidence of our family being cat loving people.  My brother got ‘Kitty Cat,’ or ‘Catty,’ who lived with my mother for years after my brother died.

Two cat disasters in college, then Solo and Mio became my permanent companions in Oregon.  I transported them to Alaska, acquiring Lucky, which made my house a three cat family.  I brought the three of them and my five month-old son back in a Honda Civic, which was quite a ride.  They lived happily until the end of their lives and are buried in the back yard.

We got two cat friends from a shelter, and a neighbor gave us Buddy Wuddy when she had to move.  Bent tailed Cookie Rockerson from Sonoma came into our lives until three months ago when he died at age twenty.

My son needs a cat, naturally, and he adopted a turquoise eyed silver house cat from the Humane Society last week. He’s dealing with the cat box situation for now, because this five year-old guy is semi-feral, and very curiously friendly.

Naming the cat was our recent topic of conversation, and we had lots of laughs trying to figure out ‘Smokey’s’ real name, because cat owners know that cats have multiple names.  Should it be Streak, Dash, Rip or Dodger?  He chose to bring back the spirit of our family cat with Mickey-3.  Why not?

I spent time petting M-3’s head and holding him like a baby, and he’s cool for now.  His tail twitches and he’s definitely on the alert as cats can be.  We’re back in balance with a cat in our lives.

Previous: using drunk as an excuse Next: travel without