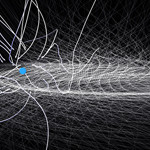 Where do the words go when we have said them?  Margaret Atwood asks that question, and I have also asked it before. Some people don’t even think about where words go or where consequences split away from our thoughts. I also want to know what happens to consequences that we don’t get from choosing different behavior?

If my brother would have lived into manhood, would he have been an alcoholic?  He acted like one when he blacked out after drinking at a wedding.  He was sixteen years old when he electrocuted himself by climbing a high power pole and touching a wire.  Obviously his death was instantaneous.  If my brother hadn’t died, would he have brought on more misery from our family’s disease?

I admit I am an alcoholic who hasn’t taken a drink in decades.  If I had kept drinking on for decades, what consequences would my family have endured as a result of my drunken behavior?  I know of a couple of big ones.

I would not be married to my third husband, because he would not have been attracted to my drunken behavior.  That means my second son would not have been born.  If he carries the alcoholic gene, then his behaviors would not be in play because he wouldn’t be here.  But he is here as a consequence of my choosing to behave differently.  Consequences result from everything, the nature of human beings. If/ only. Because of/ without.

My youngest and I recently talked about how family issues get passed down through societies.  He marvelled at his lack of pain, because I made a daily decision to not drink.  He knows how I grew up with alcoholic parents, and he has none of the same environmental mortifications I endured as a result of drunk parents.  Yet, his behavior could carry the same consequences as generations of my family.  I didn’t cause his possible behaviors, but they have been around for centuries.

Where do consequences go? Like a trajectory into the cosmic galaxy, the directions switch and change course.  Same for language.  Where do words go when we have said them?  If only, too bad I didn’t say. Unanswerable trajectories, yes.

The ideas are worth considering.