I wish he knew 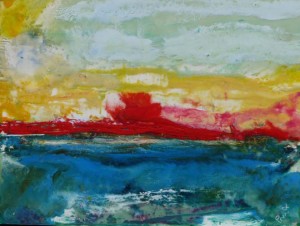 I love music so much.  I remember where and when songs played in my life. My first kiss occurred in seventh grade, with George, under a pool table at Korinne Koltoff’s house, while her juke box played the Beach Boys’ Surfer Girl. My friends loved the Beatles, but I resonated with Brian Wilson Beach Boys’ harmonies and their tender sounds. I was a Stinson Beach body surfer girl.

Brian didn’t surf, but his brother Dennis was a surfer.  He still loves the ocean like I do.  The band rode a fabulous musical tide of energy and flow in their music that helped define my generation.

In early adult years, once I got super high while listening to Good Vibrations, and was stoned enough to know wavelengths for real.  What a perfect song.

Years later, my twelve year-old son found my album Pet Sounds in my music cupboard, and used God only knows how much I love you as his soundtrack for a tender mother’s day video tribute he made as a gift for me that year.  I sobbed, watching my son’s collection of our photographs, listening to that song.

Brian Wilson’s story in the film Love and Mercy recently showed in Pasadena, and I wanted to watch that with my grown- up son who still loves Wilson’s music like I do.  We left the movie transformed with love and respect, for Brian Wilson’s courage to tell the truth about his life.  Brian Wilson’s family story resonates with mine, but I didn’t realize how similar things were until I saw that film.  The film is a tribute to how music helps to heal people.

Since watching the film, I have researched background of the Wilson family and his personal life.  Brian struggled with being the oldest child in a middle class Southern California family, with parental alcoholism and mental illness, like I experienced in Northern California, with my parents and the heartbreak of my best friend’s permanent mental hospitalization.  The physical demolition of his childhood home to be replaced by a freeway also reminded me how I felt when developers bulldozed my childhood neighborhood’s surrounding hills.  The deaths of his brothers and his parents left him bereft and without inner resources, except for his love of music.

This blog isn’t about my commonality with Brian Wilson.  I believe music has power to transform ugliness into beautiful strength.  Brian Wilson’s story is a love wavelength.

Music has saved my life, too.  I have experienced profound courage to make life changes from listening over and over to certain songs.  It was celestial harmonies, the truth in Wilson’s lyrics and amazing spiritual blends of instruments in his studio production work that helped focus my lens as a youth, and it still continues to express abiding love for all of California.  Despite growing up with encroaching suburbia, we still love our fantasies of our childhood hometowns.

Brian’s music expresses joy and innocence, and has sustained him throughout his life.  Although I’m not a composer,  I feel the same way, and understand what he’s been trying to do for his lifework.

Thank God for Brian Wilson and his music.  His unconditional love turned pain into magic.

Previous: writing more than what happened Next: It’ s never too late