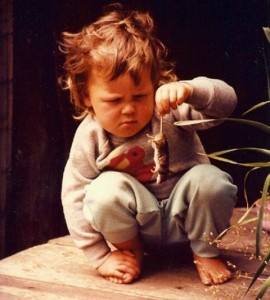 My high school friend recently witnessed the birth of her grandson.  I can only imagine watching such a miracle, to watch life enter this world.  She felt miraculous inspiration, to see an extension of herself, brand new, come through her daughter.

My oldest son turns thirty in a few days, which seems like a landmark age, for him and for me.  I was thirty-two when he was born, but it seems like yesterday.  I wanted him to live, and when they cut his cord, I said something like, “He’s his own man now.” Corny, but true. My son is his own man now, turning thirty in one week.  The twenties are done for him, here comes his next decade.  Of course, the same goes for me in the decades I’ve been around, but witnessing other people growing up and old seems more miraculous.  Hopefully, we both stack up memories through the development of our lives.

I observe changes in other people more than me.   I remember when I noticed that my mom was old, and I would be the adult in charge.  She was only fifty-five years old when she spent seven weeks unconscious in a hospital Intensive Care Unit from an abdominal emergency.  As her only family member, I authorized a tracheotomy procedure, or hole punctured into her throat, which allowed for a breathing machine to keep her going awhile, which saved her life.  I was responsible for my mother’s life, and knew she would want me to sign that form, if she were conscious.  She lived.  When she finally recovered, I asked her what she remembered about being unconscious, and she said, “nothing.”  So I was the one with those miraculous memories, even though she was physically there.

Twenty-one years later, last time in the hospital, I asked mom if she wanted to live, and she shook her head, no.  I asked her if she wanted to die, and she clearly nodded up and down, yes.  Doctors kept her on oxygen for another two days until she left her body.  I looked closely into her eye, until she stopped breathing.  She was gone.  I mean gone.  She instantly became a corpse.  I had never witnessed a person leaving this planet.  Where did she go?  My mom would have let me come with her, but that was impossible.  Where was the miracle?

There are so many continuous miracles out there, and they come in infinite shapes and sizes.  We experience them when we least expect a miracle to occur.  These days, I consider both entrances and exits in life to be miracles.

My youngest son was born, and still attached to the umbilicus, he didn’t breathe on his own.  The doctors realized it, and they put a breathing apparatus on him for fifteen minutes, until he did breathe independently.  I witnessed his first breath from across the hospital room, and for me, I saw God.  I understand ‘the breath of life,’ because he inspired. He took life in, and I watched.  He’s still breathing, at twenty-two years, and every day I’m grateful and will never forget his first one.

Miracles are more often smaller, but big ones come to mind today, considering birthdays and the actual birth of my friend’s grandson.  If I knew what was going on, I’d write it, but I stand with my mouth open before the mystery.  We’re  all here, then we all aren’t here.  The notion of being ‘present’ appears like magic, doesn’t it?  Magic and miraculous seem to go together in mysterious ways.

Even in school, the teacher calls our names, and we say, “Here.”   Wow.  It’s the ‘Human Be-ing” reality, isn’t it?   I often take my limited time for granted, but we all know that life is finite.  We don’t want to think about the next miracle very often.  For me, these questions are the root of religion, trying to cope with the finite visit to this earth, through song and rituals.

So we celebrate beginnings, sing the birthday song, and make special cakes.  Rightly so, don’t you think?   It’s not every day we think about when we joined the human race, and the race has a finish line, which puts a kink in the joy of birthdays.  Oh, well, moving forward to the next miracle will come in due time, but for today, I’m choosing not to think about that.

Previous: Blueberries for Carol, Sandy and Pru Next: I am familiar with suicide