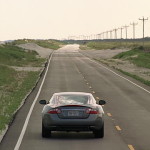 I wrote my first manuscript for Lindy, my best friend from junior high school.  Lindy was placed in a mental institution in 1968, and still lives in one.  California made her a ward of the state, and she moves wherever the state wants her, not always notifying family.  Authorities considered her release to some type of halfway house fifteen years ago, but it didn’t happen.

I couldn’t believe they would throw Lindy out after a lifetime in mental institutions. I started writing, and exploded with a poem, considering her limited life skills.
Reminiscing morphed our friendship into my full autobiography.  I write blogs, because it was suggested I create a platform for someday marketing the book.

Lindy’s not my friend’s real name, but it’s close enough to remember her and not reveal anything.  They moved her so far away from her family that she’s had no visitors in over ten years.  Seeing Lindy again eases my sense of absence of other people I’ve lost.  She’s not dead yet.

I learned about Lindy’s latest location a couple of months ago at her oldest sister’s funeral.  I spoke on the phone with her today for the first time in forty years.  Tomorrow I’m going to see her in a small town in northern California.

Lindy’s voice sounds like she’s still in eighth grade.  She did remember me, and said, “Oh yeah, will you bring me presents?” Bringing presents has been her main thing for decades.  The remainder of our phone call was taking notes about what she wants.  I bought her presents.  She’ going to get soft clothes, lipsticks, a small purse and some butter cookies.  I like wrapping Lindy’s gifts because she takes her time opening them.

I called her case worker who said Lindy’s had no visitors in over ten years.  I told her about my manuscript, and that I want to give Lindy a copy, since she was a principal player in my early life and the reason for writing my story.

I hope she likes it.  It may well be that she no longer reads.  Her case worker said she’d like to read it aloud to Lindy during their sessions.

I’m driving up in the morning, hoping for the best.

One response to “my old friend”

Previous: roots of confusion Next: it is what it is