the story of April 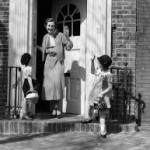 If my father lived, he would be ninety-seven years old at the end of April.  I can’t imagine him as an old man, because he was forty-eight when he killed himself.  In my opinion, alcohol played an enormous role in why he chose suicide, caught in a twofold trap of craving and obsession, wanting to stop, unable to live without it.

My cravings and obsessions are what I call the disease of alcoholism.  I was lucky to have a clear moment when I saw drinking as my problem and I had to stop.  I have been sober for years, and have thought deeply about drinking consequences.

Alcohol is called a ‘spirit’ that can create craving and obsession.  For generations, my family members drank to manage feelings.  When the cat dies, it’s a great reason to drink for three days.  I grew up believing oblivion was the goal, feeling nothing was preferable to feeling bad.  My grandfather drank and killed himself.  Both of his sons followed.

My dad was a good person thwarted by circumstances that broke his career dreams and family life.  If my father had become sober, he may still be alive and nearly a hundred years old.  Instead his drinking permanently changed everything.  He chose every drink, but I am certain he didn’t see it that way.  My dad felt he had to give up his life.  His last words to me were his plans to jump off the Golden Gate Bridge.  He didn’t jump, but used a bullet.

Nobody wants to be an alcoholic.  For years, I pretended there was no difference between me and other people.  I hid my terror that I was like my elders.  Genetics are real, and my alcoholic legacy leads to suicide, called a ‘curse’ back in the day.  I found another point of view, and broke our horrifying alcoholic chain.

I tell the story of April because it needs to be told, reminding me the power of choice.  April reminds me it’s spring and I remember my father’s goodness.  I hope other people may also forgive their family members who suffer from alcoholism.

Previous: craving Next: difficulties of being hip