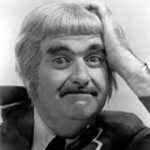 Captain Kangaroo was on TV when I was in kindergarten, and I didn’t want to miss it.  My mother warned that if I got to school late, her note would tell my teacher TV made me late.  I didn’t care, and I was late.

Instead of giving my teacher the note, I hid the note behind an electric box near the classroom door.  The teacher found the note during recess and confronted me, a drag to experience consequences.

Second grade, I was sent to the office for some reason, and instead, I hung out on the stairwell with my friend laughing and killing time.  The teacher asked me for the office excuse and I told her I threw it away.  She terrified me by making me go into the big garbage bin and find the note.  Vivid memories of frantically rifling through trash knowing it wasn’t there.  That teacher called my mother and the three of us had a meeting about my lying sneakiness.  It was mortifying to be caught.

I want what I want when I want it.  Ugly characteristics rear their heads from time to time and remind me I’m imperfect.

People say lying is a coping mechanism for children of alcoholics.  Aha, there’s one clue.  For me, lying and sneaking go together naturally in an unhealthy monologue of justification.   I had to do it because…  Time to look at triggers.  For example, if I’m at a potluck, I’ve taken more than my share of food.

I want it.  It’s not illegal, but where is integrity?  I want more.

But I also want integrity, to tell the truth, and behave morally.  Honesty frees me from lying and sneaky behavior.  It’s worth it to pay attention to little things I tell myself because the triggers start in my head.

Another example, it’s a hot day, I want ice cream. I need ice cream.  I’m going to die if I don’t immediately eat some. Thoughts gain momentum and become  compulsive.  Whatever the cost, especially at the cost of calories, escalation becomes a habit and there are consequences.

So what?  I want what I want when I want it.  Another wise person told me a thought is not a compulsion, which is a game changer.

Think whatever I want, but do not behave in a sneaky or shifty way.  Ask myself, what is the bigger picture?  How will I feel after I behave the old way?  Usually I fall into remorse and don’t feel satisfied.

My alcoholic father acted remorseful after a drinking binge.  I don’t blame him for his disease, but roots start a compulsive cycle.

Time to grow up.  Maybe lying and sneakiness are coping tools, and I can turn them around to find compassion in my struggle to break lifetime habits.  I’m not the only person in the world who plays games like the remorse cycle.  Captain Kangaroo would have encouraged me to be honest, and after decades, it’s time to listen.

Previous: elegy of a blackberry Next: no answers but dreams can lead the way