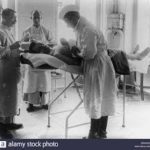 My family once had real people, who have since become ghosts.  Generations of ‘people of substance,’ as my mother would say.  King alcohol was another substance besides their individual characters, but four generations had amazing stories before I came into the picture.

Although he rarely spoke of his people, my dad’s ‘old country’ was half-Canadian, Ontario, Scots-Irish Presbyterian.  His father was the only son from a second marriage of two Irish immigrants, who like thousands of others, moved from  Boign, Armah, or County Down, Ireland during the exodus.  They were politically ‘Orange,’ in the conflict of their day.

Nineteen year-old Nora Logan, my great grandmother, sailed on one of the awful ships and arrived alone in Markdale, Ontario.  She married, had a son, and became a widow when her judge husband died.  What type of home did she come from?  Was it a thatched roof with geranium flowerpot in the windowsill, or a Georgian townhouse?  Did she leave a family behind?  No answers.

My father never spoke to me of his grandmother, but my Canadian second cousin gave me her gold wedding band as a keepsake.  Tiny little thing.  The family album has  two pictures of her, standing beside my grandfather as a young man, and another small black and white portrait of her as a bald old woman in a really bad white wig, wrinkled apple-face doll, barely smiling at the camera.  I was told that my grandfather was a tall brown haired handsome young man with piercing brown eyes, a kindly manner, and a deep robust belly laugh.  Good for a doctor.

Nora struggled to support her only son through medical school, and I’ll never know how my grandfather felt about growing up without a father.  Family lore tells how Canadian medical students needed their own cadaver for studies in olden times.  Since he wasn’t rich, young Percy somehow managed to purchase individual body parts from cadavers and bring them to his mother, who boiled and sterilized the bones, and he built his own skeleton.  He graduated and became a surgeon during WWI, where he met my grandmother, an American nurse.  They worked together in the French trenches and battlefield hospitals.  I have a couple of photographs of my grandfather performing surgery.

They were part of what we now label as ‘the lost generation,’ who came back to North America completely altered from battle horrors.  No wonder they drank.  Yet, the drinking was not the solution to being lost, and so many hearts were broken because of it.

Still, I respect their memories.  There must have been love.

Previous: legacy Next: It’s not just him