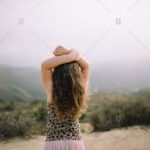 I’m here and want to live

“Why do writers write?  Because it isn’t there,” said novelist Thomas Berger last century.  I haven’t invented anything new, but have spent my life combining what others have created to form my own style.  I don’t think I’ve had an original thought, but I’m cool with that because so many thoughts are available to me there’s never a shortage of things to learn.

Twenty years ago I completed my second Bachelors of Art in drawing, painting and a minor in ceramics at Sonoma State University.  I took a Contemporary Art course because I didn’t understand what artists were doing in post modern times.  Professor Michael Schwartz was a fantastic teacher who explained the different contemporary genres out there.  He brought our class into the current river of ideas and artistic skills, and criticism about the works.  Those who could afford it went to New York City with him for a week, to check out the art scene.  I learned a ton about what was going on in the art world, and it helped me understand what being an artist means today.

It seems to me that invention isn’t our generation’s contribution to art and writing.  We are appropriators, combiners of what our ancestors discovered and their knowledge.  We mix up what’s already here. I am not alone without having an original thought because my peers also mix up things and create new combinations of other people’s ideas and ancient materials of clay, wood, watercolor, stone and oil to call their own, along with plastics and toxins resins, everyday items from the house and workplaces.

It’s the same with writing.  We have language for story elements and nonfiction, and we mix within those arenas.  We create what isn’t there with what is already here.

The Bible gave us character viewpoints and Shakespeare gave us multiple plots. Thanks a million, we use those techniques every day, along with narrators detached narrators, and the voice of unreliable narrators like J.D. Salinger’s Holden Caufield, who defined an entire generation. ‘Once Upon A Time’ genre comes from early oral traditions, and those of us who learn by ear appreciate conventions like repetition, rhythm and song.

These days we’re in the world of Fake News.  “It’s not true because I don’t want it to be true.” I define that perspective as denial. Truth is truth, facts are facts.  We are pummeled with so much media coverage of the same viewpoints that it’s hard to get the facts these days.

Artist Marcell DuChamp put a urinal on a pedestal a hundred and fifty years ago and said, “It’s art because I say it’s art.”  It’s true because I say it is?  I don’t think so.  DuChamp wasn’t  going for truth, but expression, and opinion isn’t fact.

I used to believe that I wasn’t good enough to call myself anything like an artist, but told people “I make stuff.”  I’ve been making stuff since I rubbed geranium petals into the concrete sidewalk in front of my childhood subdivision home, and I made art for myself.  The word for me is artist.  Fact.  Just because I don’t ‘sell’ my stuff everyday doesn’t mean I’m not an artist.  Americans get that wrong.  Many of us have heard, “That’s so good you could sell it,” like that’s the highest honor.

Truth is I make because I have to.  Plain and simple.  If I didn’t write I would not be me.  Writing is a survival tool, regardless of who tells us otherwise.  It’s a sacred act to create, regardless of whether or not it’s ‘original.’  It comes from us.

My self-esteem took decades to shift and say, “I am good enough to call myself an artist, or a writer, whether or not you agree.”  It’s what I bring to this world, like what you bring.  What action can I take that will improve or alert or strengthen this globe?

2 responses to “artist or no?”