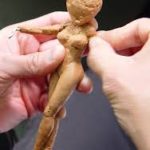 creativity is not editing

After my junior year of college, I left Southern Oregon College, now Southern Oregon University, and transferred to the University of Oregon in Eugene for a larger college experience . I barely made it through one semester, and dropped out to work at a CBS affiliate radio station for a year, but that’s another story.

U of O English professors taught me the difference between creativity and being an editor.  Three English courses were about understanding literary criticism in writing.  The topic did not seem creative, and I struggled. Learning how to organize a logical argument was useful knowledge, helping me structure my thinking, but my brain doesn’t come from a critical/editing perspective.

The Greek civilization believed that their Gods created the nine muses including poetry, writing, drama and others.  They understood the nature of a fleeting idea, and it wasn’t about the individual who has the idea.  The idea is a muse given by the Gods.  Any creative medium uses energy that passes through us.

If I don’t grab an idea and immediately execute something, the idea disappears, and I can’t retrieve it.  If I continue what I started with the creative energy, it can motivate me to completion.  If we start something and don’t finish it, it can mess with our self worth.

There’s research showing over fifty percent of people who start projects don’t complete them, resulting in lowering our self esteem.  Editing is separate from creation, and can be somewhat useful to formulate a stronger project, but we all know it can also stunt creativity because of judgment.  We get that familiar failure feeling if we lack followthrough.  Editing and judging can also kill a project while it’s being developed, because we judge our creativity and give up because someone else criticizes what we’re doing.

It took me a long time to separate the creator from the editor, and understand that both are subjective processes for both the maker and the viewer.  If someone told me my work is ‘different’ is that a bad thing?  I assumed it was disparaging and another person’s word for ‘stop making things.’  I let the editor dominate my creativity, because I want approval, instead of trusting my creativity and taking a chance that it may be judged harshly.  I stopped singing in the junior high school’s choir because my friend told me it wasn’t cool to sing.  She told me years later she criticized me because she was jealous.

In my opinion, creativity needs to be left alone because editorial judgment can hinder flow.  The creator’s perspective is freedom, the editor is fixed on analyzing someone else’s freedom, judging from their perspective as a non-maker.

I once made a Gnome army out of plaster, and it involved sculpting an armature gnome out of baking clay, firing the clay, and forming a plaster mold for duplicate gnomes.  I painted the original gnome and called him Johnny Mercer, the man who wrote the lyrics to Henry Mancini’s  Moon River because I love the song.  Johnny stands two feet high and weighs fifteen pounds.  The plaster Johnnys pure white plaster weigh at least 18 pounds apiece.  My dream was to make 40 plaster gnomes like the Chinese teracotta warrior army, but my mold broke and I only got ten plaster ones.

Some love my Johnny Gnomes, but one friend is terrified of them, because they remind her of circus clowns and she’s so afraid of clowns, she can’t even look at my Johnnys.  Her subjective perspective comes from someplace besides my work, more like an editor.  If I had talked with her about the Johnny project first, I never would have made them.  I didn’t have the confidence to go beyond the editing and it could stop my work.

Whatever medium, whoever judges has their opinion.  Why do I consider editing more valuable than completing a project?   I’m lucky I don’t live off of my work, because if I was professional, editors would play a much bigger role in my life and the muse would be different.

Previous: artist or no? Next: inner circle