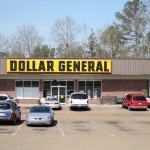 we get to live with this

Breathtaking mountains and affordable land make Calaveras County attractive to people like us, which is why we moved here thirteen years ago. West Point currently welcomes Dollar General, trying to revive our depressed town. Land’s purchased and zoned.  Impending forces create a fantasy that the store will be the answer to our financial woes.  The store is known for selling mostly candy and soda. Calaveras County is super poor, and needs revenue.  Many residents love this new business.  Not me.

West Point, originally named Points West by Kit Carson, is located at the furthest west point between two forks of the Mokelumne river.  Active during the 1850’s gold rush, for decades, logging thrived and it was a wild, thriving economy.  Logging ended in the 1990’s, and West Point became a ghost town.

After the Butte Fire, marijuana growers created a cannabis rush for cheap land.  West Point is changing overnight. Corporate growers are an industry putting in hundreds of plants in acres and it’s unlikely income will stay around our county, just grow and go.

Miwuk clan neighbors are here, and have seen it all.  The Rancheria casino near Jackson is largest employer in Amador County.  Their emergency outreach helped Butte fire victims by letting them stay in their hotel for a couple of weeks, and they seem to care about their land.

Dollar General business is out of character in our simple town but it’s already been decided.  Next January, the 9,000 square foot cinderblock will be here. Calaveras County doesn’t seem to zone with any forethought.  There will be more trash.  Bummer.

One response to “box store won’t fix our town”