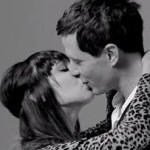 Summer came and I sang nonstop because grass was so green and sky was so blue.  My seventh grade best friend Lindy and I hung around Tiburon’s Angel Island ferry dock, at Main Street’s Penny Arcade behind Bird and Hound Clothing.

The arcade was cheap and fun, so we goofed off, watching penny movies for a dime, ate popcorn, played pinball and foosball, sat on railings and flirted, pushed each other and jumped into the dirty grey-blue bay.  Sometimes a bunch of kids walked the tracks back to Lindy’s house for a swim in her pool.

Lindy was changing into a woman when I still felt like a kid.  Her high cheekbones and beautiful face with gorgeous jade green eyes really stood out because she outlined the top and underneath in black liquid eyeliner from a tiny bottle, spent hours running lines under her eyes with that little brush, using spit if there was no water, added multiple coats of black mascara.  Caterpillar eyelashes made her look like Elizabeth Taylor in Cleopatra.  Even with braces on her teeth, Lindy looked like a glamorous movie star.

I copied Lindy, even though eyeliner looked bad on me, I lined my eyes for years. Lindy constantly applied lip gloss, compulsively filed her nails and changed polish several times a day.  Lindy completely closed one eyelid at a time, keeping the other one looking straight ahead, like one of my dolls.  Creepy, robot-like.  Nobody else could do it.

We both suffered to be perfect like Seventeen magazine, but we stumbled.  Lindy operated at crisis pitch, obsessing about not looking like the model Twiggy.  She had a totally different type of body.

Lindy moved rhythmically like a dancer, her bones understood rock and roll rhythm and she made contortionist moves, evenly sliding her head from side to side like a snake, slender, graceful hands undulating in an easy groove, like an Egyptian dancer, double-joint locking her knees so far back they looked backwards, like they hurt.

“What are you talking about?  Look at your amazing eyes!  You go to modeling school!.”

She was in junior high, enrolled in San Francisco’s Robert Powers Modeling School, and no matter how I tried to convince her, Lindy felt like scum and her neediness showed.  She craved a boyfriend to define herself, but her moody intense nature was intense scared most boys.

“You’ve already had more boyfriends than me,”  I became sick of this conversation. Yeah, yeah, I needed a boyfriend too, so I wouldn’t stick out more than I already did.

I hated my chunky body, too, and was checking out tall boys, but they didn’t define me.  The only boy in school who didn’t hit me below the shoulder when we danced became my first kiss.

John was a black eyed Tahitian with quiet ways, and he said less than fifteen words to me at my first boy-girl surfer party.  Everyone wore red or blue striped surfer shirts, ‘jammer shorts’ or tightly pegged bluejeans.  We listened to the Beach Boys’ “Surfer Girl” on a real jukebox.

John and I sat beside each other underneath the pool table, and his sweaty hand limply held mine.  What a stupid geek I was, when John leaned over and pressed pursed his lips against mine.  Nada.  It felt like kissing a doorknob, flat and hard.  I don’t remember the rest of the party.  My first kiss.  Woo hoo.

One response to “kissing a doorknob”