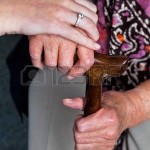 Lisa and I met in high school freshman PE and we clicked, so I went over to her house and met her parents, Charles and Dora, who made me feel like a movie star.  Lisa’s house was an animal rescue shelter, and I loved meeting their dogs and cats, especially Pierre, the black standard poodle, and Bismark, their great dane.  Dora sat on the couch beside Bismark, as if everyone’s best friend was a great dane, as Bismark kept rapt attention and likely piped in.  She was the most fun of anyone I ever knew.  As a professional hairdresser to big money, Dora understood glamour, which I did not, so she taught me about style.  She put on earrings and a necklace to take Pierre into the yard to do his business.

I knew where I stood with Dora, who reassured me when I felt low.  She pointed at me, ” You’re different.  You are one of my own,” which I took to mean I could go over for rescue, like Bismark and Pierre.

When I left for college in Oregon, Lisa gave me a fabulous black kitten with peanut butter colored eyes, and he got killed by a car.  I had to tell them, very hard, and very sad.

Fast forward through decades of life’s rapids and waterfalls tumbling onto rocks below.

My mother was a landlady and rented to Lisa and Dora.  Lisa took care of my mother when she got sick, while I worked.   When my mom died, Lisa and Dora came over to her memorial open house, sat on the couch and gave me all their love and laughter.  Dora told me a story about waiting all night to see Queen Mary, the oceanliner go under the Golden Gate Bridge, fog came in and blocked their view the exact moment it went under.

Dora sat in her chair at her house with my dogs in her lap, calming Pip, our chihuahua, who was afraid of everybody.  My precious English cocker, Patches, came over for a visit too, and Dora grieved with me when Patches died from eating poison five years later.

Dora’s last pet was a cat, and when it had to be put down, I drove her to the vet.  Dora asked her vet if the cat was going to come back into its body someday.  Not likely.  I bought Dora a soft stuffed purple elephant to sleep with as a substitute.

Dora recently relocated to an elder facility in Petaluma.  When I visited her, she sat in her wheelchair in the activity room during music time, facing the rest of the patients, wrapped in a magenta and green shawl, next to the sweet young man with a guitar, strumming “Different drum, You are my sunshine.” Dora brightened when she saw me.  At 102 years, Dora remembers me.  We sang along, and Dora looked straight at me, smiling, so sweet, as the guy finished singing and greeted each person. He knew Dora.

I wheeled Dora outside, and she introduced me as her daughter’s friend to everyone we passed.  Dora told me Lisa did the right thing to put her in the place, since she fell down, became unable to walk.  At night she told me that she and her roommate lay in their beds laughing at their unreal situation.  I wheeled her back to the lobby, we watched canaries in a cage and a tank filled with fish.  A resident German man came up and started talking about the lunch menu, staring straight at Dora.  I sensed he was trying to snag a kiss, and maybe it was not the first time he tried.  Dora wasn’t into it one bit.  He finally walked away, and I told her I thought he was flirting.  She agreed, but thought he talked too much, and just didn’t trust him.

She was fine, Honey.  She’d told me that a hundred times.  Dora is fine.  I dropped her off in the dining room across from her table companion, who sidled up at the same time, wearing a fuchsia flowered mumu.