Easing My Sense Of Absence 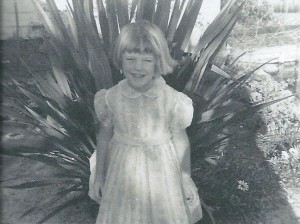 my best friend as a child

My hairdresser recently asked me why I made a website. I told her I started it to promote my first manuscript. The blog thing sort of happened as an offshoot. But the story began when my brain caught fire. I wrote a book to explain what went down as I grew up.

In 1968,  my family suffered loss, with death and alcoholism. I was a lost girl, pretending to be ‘normal’ in the world.  That same year, my best girlfriend attacked her mom with scissors. Her family placed her in a crisis unit, and she never got out. She has been institutionalized her entire life.  No one really understood what happened, but people thought I ought to know, since I was her best friend around the time of her violent outburst.  I felt like I should know why she became a ‘paranoid schizophrenic.’ I didn’t know why illnesses get people like they do.

For decades, I’ve felt loyal to my friend, made efforts to visit along with her sister, in various institutions, brought her presents, tried to connect her to the outside world.  At one of my last visits, her sister said to my friend, “If you stop stealing, they’ll let you out of this place.” Let her out???? Are you kidding???? By then, she’d been hospitalized 32 years.

I started writing from outrage. How could my friend cope in the outside world, having no skills to support herself? She’s in wards all day.  It started as a poem, then went to ranting about us both being crazy.  Both of us were drinking, smoking and doing substances as KIDS. Who’s crazy? I did the same stuff she did (except with the scissors), yet here I am in ‘the real world.’ I was three times a wife, a mother of two, professional teacher, and traveled the world more than once.   I moved into writing about my family’s background, since I better understood my house than hers. Why did things in my family fall apart?  I ended up with a memoir, weaving my story with my friend’s story.

After many edits, I let myself get deeply disappointed by the first editor I asked to review the work, who made it clear how much she disliked it.  I let that editor shame me, big-time.  I’m the one who took seven years to recover from exposing myself. I needed to develop thicker skin, and continue to believe in my story. I kept writing and rewriting through those years, though, crafting my style, enlarging sections, removing chunks of my family history that only interest me.

I gave various drafts to trusted people, and their comments helped me improve. I paid a professional to line-edit and suggest where the writing needed to go. That sainted editor read the thing twice. It was a far better book because of her efforts.  My intuition led me to Larry Fagin, a poet, teacher, editor living in New York.  He took a year and made my manuscript even more cohesive. Larry said his job was to “hover like a helicopter” over the work, and see the big picture.  Larry’s remarkable sensibility toward my style helped me better explain people in my story. He taught me how to distance myself from the work.

The story is not ‘me’, even though it’s a true story. It’s writing, and has dignity. Larry encouraged me to look for publication. I continue to learning about publishing, and the differences between self-publishing and the ‘conventional’ publishing path. My manuscript is currently with a developmental editor, helping me with turning facts into more of a “page-turner”experience for the reader. Mary Rakow, a remarkable writer whom I respect, has consented this summer to help me polish the book.

I am on a huge learning curve, discovering the jobs involved with marketing and book distribution. These days, the Internet and Self-Publishing has redefined the overall publishing business. There is so much to be done, the author who writes a book and wants it published has to know about those other jobs, too.

‘Last Ones Standing’  explores what happened in my family. I face personal demons and learn about alcoholism and its consequences. I also accept that my friend and I are on different paths. I lost contact with her. I don’t know if she’s locked up or not, or if she’s still alive. Toward the end of our visits, it seemed we were still the same girl friends from so long ago, which made it more painful, because I felt a connection. But I cherish what I got, even for brief visits. Including her in my story eases my sense of absence.

No one’s left in my family of origin.  I am the last one standing.  It’s up to me to tell the tale.

One response to “Easing My Sense Of Absence”