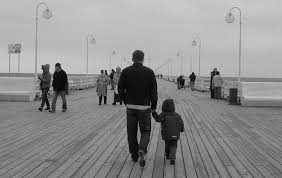 Our country does not celebrate the real men who do their duty for the world. I want this father’s day to honor the men who do the right things, who love and keep their word. I want the men who are real fathers to know how much their integrity matters in this world. It goes beyond a single day of recognition, but changes people’s lives for the good.

Hallmark holidays have never meant much to me, even when my father was alive.  In fourth grade I gave my father a box of chocolate and he wrote me a thank you card from the sanitarium, where he was trying to detox from alcohol. I made him colorful little mosaic pieces that he had on his desk for years. When I felt like giving, I knew how to give respect to my father. He had a disease that killed him, and he also had a spirit- light that few others have on this planet. I loved him even though he was unpredictable.

My mother’s dad, my grandfather, was the father who got the cards and thank you for being you stuff. He was my steady presence until he died in his early nineties, three months before my first child was born. Grandpa’s steadfast love of God and kindness made him strong. He lost his mother when he was twelve, and suffered from multiple sorrows during his lifetime, like most of us, he loved his life. He used to sing, I’m old, but I’m awfully tough!   I’m singing more and more like him as I get older. His spirit is still with me.

My husband is the father who counts. He picked up my three-year old child when I was a single parent, and he loved him like his own. He is a man who got up and went to work as a civil engineer, which is a pressure job. He paid bills, played on the rug with dogs after dinner, went to the boy scout meetings and swim meets. He mowed lawns and trimmed trees, fixed drains and cleared gutters. He did his duty. He is the one who shows up and does his best to make the world good. I’ve asked my husband many times about his own father. His dad was a World War II veteran who walked through European campaigns when he was thirty-two years old. He returned home to his family, to live his life. I never met him, and my husband is private about his father. I can only imagine, he must have been a grounded person. He grounded both his sons in their respect and strength. Both his sons worked hard at their jobs, and supported their families for decades. Fathers teach that to their children. That’s my definition of a father.

Recently my wedding ring lost its center stone, and I felt like part of me was missing after 24 years of wearing it. I decided not to try and replace the stone with the type that ‘ran away,’ because I am not the same woman who became a wife so long ago. I have changed. My husband offered his mother’s wedding rings to be set inside my ring as a focal center. His heartfelt suggestion made me feel like a deep connection with his parents would be the solution to my missing center stone. Then he told me that when we appraised his mother’s rings, that we split the cost of the stones and pay his brother for his share of his mother’s rings.  His mother’s ring was not of great monetary value, but just in case, my husband wanted to be honest and fair to his brother. That means my husband values his own integrity and respects people.

I wish to be as good a person. But anyone who knows me knows that I’m no saint, and I make tons of mistakes, even when I’m trying to do the right thing. But I did not make a mistake with this husband. His generosity goes deep, and I hope he knows how much respect I feel for him, and I hope he feels pride in how much his goodness has influenced my sons and the people in our lives.

One response to “Fathers”

Previous: Easing My Sense Of Absence Next: Cat Connection