Listening is the main thing 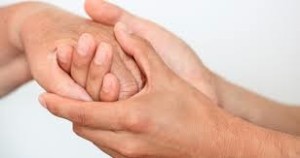 listening is a miracle

I returned tonight from an Oregon trip and a visit with my blood-sister, who lives south of Portland and doesn’t get to California. She’s been my friend since 1960, and I wrote about our blood ritual in my memoir. We go so far back, she remembers my relations who used to be on the planet; my mother, father, brother, cats and the dog. I remember her deceased mother, brother, her dog, and her sister who still breathes, but I haven’t seen in over fifty years! Each of us have raised children, but her tragedy is so new.

I drove up to listen. She’s returning from hell. Her adult son recently drowned in a waterfall, and it’s so unspeakable to talk grief over the phone. We needed to look into each other’s eyes. We are not dead, yet.  She’s returning from that slow, long, long trip, and  all I can do is love her.

She didn’t recognize me at her door when I arrived, and I didn’t recognize her, either. Frozen pictures remain of each other as being kids. But she still has the same eyes, deep with sorrow. I’m wearing thick glasses these days, and I look just like my grandma with her coke bottles, so that’s a trip for her to see. She’s lost a ton of weight since her son died, and of course, that’s a concern. We picked up as if I’d  been over to her house yesterday. That’s what it means to be a blood-sister.  We went to lunch nearby, and talked for a couple of hours. How does one survive pain so deep as the loss of her son? She connects more to my mother, since my mom lived through my brother’s death at a young age, and eventually she came out alive, but different.

I listen while she talks with no end to loss, and her tears just happen. If the situation was reversed, I would want her to drive to California have lunch with me. I offer my time and that’s about it. But sometimes, it is enough to show up for someone. We can’t bring back the dead, but each of us must face it when we are slammed. There is nowhere to run. My own experience is that people do run away because they don’t know what to say. They might deny the death, and pretend everything is normal. But it’s never, ever going to be normal again.

She said she doesn’t want her life to be defined by her son’s drowning. Say that again. She does not want to be defined by sorrow, which would limit her life. We talked about coping, how after awhile, each of us chooses how we keep our losses inside us.  We have to  behave our way into new thinking. We can tell ourselves we’ll never get over it, which could certainly become the outcome. Or we can tell ourselves our loved ones want us to move on, not ignore the loss, but move forward, inch by inch, keeping the love in front forever. There is no room for fear when love is in front. She loved him and that love is larger than his death.

That’s where she is now. She’s made up her mind not to die from her grief, even though it almost happened, with months in bed, picking up cigarettes again, and booze was in the picture, but maybe not forever. Like Emily Dickinson said, After great grief, a formal feeling comes. Silence. Listening includes silence.

I listened to my sister’s conclusion for how she feels right now, and what a human ‘being’ really means. Being, not human been, like our loved ones. We must feel what we never, ever want to feel, but it does not have to define us. It is one aspect of all of our experiences, pain and let’s not forget the laughter. We are so human. We did not say goodbye.  We hugged, and an unspoken farewell, then turned to go our separate ways with truth.

One response to “Listening is the main thing”

Previous: Cat Connection Next: Letting go when I want to keep things the same