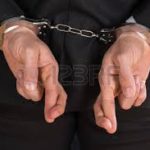 M.Scott Peck was a Quaker who became a psychiatrist, and wrote a bestselling book, The Road Less Traveled.  Peck’s career was devoted to understanding human nature, and he also worked in prisons, which formed the basis of another book called People of the Lie.

Peck explored areas of how humans operate in communities, and focused his research about lying by concluding that both white (little) and black (big) lies corrode our psyches in their own ways.  White lies withhold the truth and changes perceptions because people didn’t know there was a truth.  My family is an example of how black and white lies played out in different perceptions of truth.

My mother’s sister had four children, and our family often drove from Northern California to Los Angeles to visit them.  One of my family visits was embarrassing for my brother and me because my father took the train down to join us on Thanksgiving, but was poured off the train by a conductor because he was in an alcoholic blackout.

My aunt took me aside, trying to explain that my dad was an alcoholic with a disease.  She told me the truth, naming my confusion and ongoing mortification.  My aunt didn’t give her daughter, my cousin, the same information about her family members.

Both of our mothers became widows within the same year, and both of our mothers were in their early forties.  My cousins and I grew up with mothers who didn’t remarry.  The sisters ended up living near each other in Northern California.  Both mothers drank to excess, so cousins have stories about alcohol.  Not all cousins talk about the impact of alcoholism on their lives, and three of them prefer “to leave things unknown.”  We did not grow up hearing the same stories.  My cousins and I infrequently connect as adults.

I spent some time with one of my cousins this month, and we talked more about perceptions, and what our mothers taught us with white and black lies.

My aunt confided to her daughter that initially, she didn’t want my mom to marry my father, certainly because he was an alcoholic.  Four years after my father’s suicide, my sixteen year-old brother was electrocuted because he climbed a high power pole. Excruciating tragedies for my mother and me.  My aunt contacted her daughter, directing her to ‘fix’ me, so she could concentrate on ‘fixing’ her sister, in our bereavement.  We were problems for the family.

The larger family thought I needed fixing.  I intuited that I was different from my cousins.  I was judged by their family, as a teenager, which alienated me from everyone.  My mother denied there was judgment coming at me from my cousins and she acted like everything was fine, even though it wasn’t fine.  She didn’t want to deal with my perceptions.

As an adult, my one cousin told me the truth her mother discussed with her.  She told me that she sees our two families as prisms with the same story.  She received different white lie messages than I did, which deceived her perceptions about what really happened in her family and blamed my side for being the problem.

Peck’s research discovered that protecting children doesn’t guarantee success for a child learning the truth.  A child who honesty faces ugly truths can grow stronger and has a more accurate perception of their own behaviors. The idea that “there are words that better go unsaid” may not lead people and society in a healthy direction because the truth has not been openly discussed, especially when we’re talking about the genetic attributes of alcoholism that runs in families.

I’m sticking with truth shall set you free.  Disclosing myself to others requires courage, so I made a commitment with these blogs  and my readers to stop using lying as a coping tool.