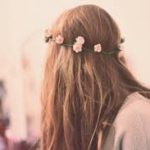 My grandfather was a 9th generation American, and was in his eighties when he wrote a letter to the 11th generation, welcoming us to the family.I found and typed up his letter the other day, attaching it to an email and sending it to members of the 12th generation I know, and a new baby makes 13 generations in the Colonies.  Amazing.  My family goes back farther in England.  The living keep track of how fast time flows.  I don’t know what the dead do with time.

The Mill Valley Friends of the Library recently hosted a storytelling themed event of “The Summer of Love, 1967,” fiftieth anniversary.  My longtime neighbor and I went since we were teenagers in Golden Gate Park during those love-in times, and wanted to hear other people’s youthful adventures.

The Master of Ceremonies was born in 1967, so he told a good reflective story about turning fifty.  One woman shared a story of being a baby living the hippy scene with her parents, so perspectives varied.  The successful event had stories of  younger people who told of their parents’ experiences, and a dozen people were also in San Francisco that summer.

I don’t want to obsess in memories about the good old days.  Depending upon choices I make today, I live with consequences like everyone else.  I don’t think of myself as a geezer, but I am old.  I may feel young, but age is age, and I am not forever young.  Bummer.

Experience taught me that I choose to take things in a negative or positive way, despite life events.  As a typical alcoholic, characteristically, my first response is likely to be negative, as is the same with millions and millions of people like me.  I need constant training practice toward positive thinking, and have been plodding along the road for awhile.

So Hello positive attitude!  It’s spring, and beautiful in Northern California.  We had record winter rainfall, so flowers abundantly grow and grass is higher than an elephant’s eye (we’re not growing much corn around these parts to measure how high it is against an elephant’s eye).

I get grateful considering most of my generation lived through such amazing times as The Summer of Love.  Many of us still love the smell of patchouli oil and the core value that love is all we need to make things better.  I still believe love is the right place to start.  My generation was probably the most selfish one ever, but singer Doris Day said, ‘Que Sera, Sera,’ and I think she’s right.  We promoted a culture of self-centered ‘me me’ behavior, running away from responsibilities, which needs more explanation than this blog needs to address right now.  We know the results of selfishness.

Anyway, welcome spring, and coming to San Francisco with flowers in our hair was fabulous fun fifty years ago.