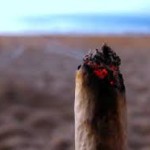 smoking weed started off as fun

Lindy was my best friend in junior high and I spent the night with her almost every weekend.  Her room had double French doors with brass handles opening onto a tiny porch, enough for two sleeping bags.  I memorized the sparkling Richardson Bay skyline looking out toward Sausalito streetlights.  Standing like the Supremes, we practiced Stop In The Name Of Love, moving in unison like we were on stage, synchronizing arm movements, making stop, like Diana Ross.

Regina was Lindy’s second oldest sister, and when I peeked into her bedroom, morning light made it seem peaceful.   I was fascinated by Regina’s long rich flaxen hair and winning confident smile.  She had a quiet boyfriend, and I never had never seen a serious teenage couple before them.

Julie’s room was across the hall from Lindy’s.  She was another sister two years older than Lindy, and we hung out with her.   She had dark, serious eyes, and glorious, waist length thick brown hair.  Julie went to a private girls’ school for some reason, and I thought she was cool, so I went along with her sneaky ways and scary rough friends.

Julie drove us around Marin and San Francisco in a tan Ford Falcon station wagon.  We were seventh grade ‘chaperones,’ drinking cheap booze, passing around jugs of Red Mountain or pints of Schnapps and Southern Comfort, chugging until we puked.  Blacking out became my orbit, and I thought it was normal.

I lived two lives, partying with Lindy, and Julie, driving around drunk with strangers on weekends.  During the week, I was still in Girl Scouts, ranking up to Explorer level, went to summer camp, earned sewing merit badges, and sold cookies door to door.

I first lit up and smoked marijuana one afternoon with Del Mar girls in the bushes at somebody’s sleepover. We sat together crosslegged in a circle, passing around pungent hand-rolled cigarettes, listening to paper crackle with mild green homegrown grass.   This was new and fun.  I inhaled without coughing because I’d been smoking cigarettes since I was nine years old.

A delicious tingle ran through me, like marshmallows, and I floated outside of my body, heard myself talking, but didn’t open my mouth.  Time moved in slow motion stoned zone.  One girl sang Left Bank’s song, “Had a date with a pretty ballerina…” and sounded like the most mature, artistic, sophisticated rock star, way beyond Cher.

We laughed until we peed our pants, hilarious and hysterical, and crawled out from the bushes completely ripped.  I was afraid I’d get caught, and sure wasn’t going to tell my mom I wanted more weed.  I chased that first zing for years, but never could duplicate my first rush.

Previous: what is coming? Next: roots of confusion