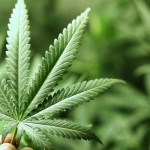 this is the plant that rules my county

Last year’s Butte fire changed more than the Calaveras landscape. Mountain Ranch was destroyed by fire, and commercial medical marijuana growers bought up burnt land for their billion dollar crops. Billion dollar crops in a county that can’t get out of the red.  The new ordinances don’t look very promising for increasing revenue.  It’s a trip to watch drastic changes occur in a matter of weeks.

Our home is in the northern (most poor) part of Calaveras County.  Four months ago, realtors happily sold twelve acres behind our property to a medical marijuana growing corporation from Tennessee.  Their driveway is six hundred feet away from the elementary school and there are no fences in between the school and their grow.

Elementary school kids will live with marijuana as the county cash crop and the pungent smell of harvest in their classrooms.

The local hardware store owner smiles as he tells you he doesn’t like the changes in his customers.  Ka-ching, Ka-ching.  Hard to blame him.  Not long ago, he could barely make payments.

Who are the new people?  I can tell you they aren’t friendly people who care about West Point.  Dozens of frowning newcomers drive around with tinted windows on trucks and cars and mean dogs in the back seat.  No one knows names or wants to borrow a cup of sugar.  It appears they don’t plan to stay.

I’m no stranger to marijuana.  I smoked it for years, for fun, until I got so paranoid from smoking it that I couldn’t do my day and had to stop smoking.  Twenty eight years ago it became an addiction.  My life is better for not smoking.

I’m not moralizing about anyone else’s behavior.   Newer strains of marijuana as a medicine business produce a substantially more kick-ass and specific blend than when I was teaching school and illegally toking recreational weed after work.

Calaveras County has changed, no longer a community with Eagle Scouts raising sheep.  Those scouts are grown up and gone.  Strangers are investing in business instead.

Beyond Butte fire, fire up new weeds and it’s a new world.  Call us Cannabis County.

Previous: wack Next: eggs to flight