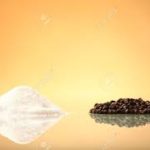 we can artificially change negative to positive

Regardless of why self-esteem matters, millions of us suffer from feeling like dirt and feeling like we don’t count.  It seems as if we learn to perpetuate negativity.  Emmett Fox was a New Thought spiritual leader of the last century who started a church in New York City called Divine Science during the depression and he came up with a recipe to reduce negativity.

Fox suggested a ‘mental diet’ approach.  The idea starts with seeing negativity as something ‘taking root’ and growing.

Recipe for Mental Diet:  Do it for one week. Whenever a negative thought or feeling comes, we are to brush off that thought as if it is a hot coal.  Imagine brushing off our arms so the coal won’t burn us.  The thought can’t take root, so we have a brief moment to replace negativity with a loving thought or a prayer, affirmation.  It’s a moment of  choice that works.

My counselor suggested that our brains do not distinguish between what is ‘real.’  What I tell myself makes an impact.  ‘Visualization’ training uses images.  Visualizing positive images trains me to think and behave differently.  Practicing positive thinking changes my psyche.

She suggested I think of it like this: There is a pile of negativity sitting on a table.  If I take a salt shaker and shake one positive thought next to the negative pile, it doesn’t look like much.  Consistent shaking eventually makes the positive pile larger, and soon becomes as high as the negative pile.  Our brains don’t know the difference between the two.

Regardless of why I want to climb out of negativity, I do want to grow.  I need to recognize triggers and change my negative way of thinking.  Practicing a skill like the mental diet helps, and we may choose to continue beyond a week, and integrated it into our lives.

Previous: Is it going? Next: Wendy woke up dreaming