Wendy Wall wrote and sang I Woke Up Dreaming, describing dream connections to waking life. Her song lyrics melody respect dreams as another aspect of our waking reality.

I woke up from a dream that combined my life experiences.  In the dream, all three of my husbands were one husband.  All the houses where I lived became one house.  My youngest son was again the beautiful toddler who pressed his shy face into my legs as I stood to protect him, as I had also protected my oldest.   The dream illustrated my life, reminding me of  future possibilities.  Dreams might matter more to me than my waking life matters at this point.

My dreams filter my thinking about what goes on in my days, providing direction me for my next course of action.  Too numerous to outline here, my dreams contain various themes, depending upon occurrences, like they do for all of us.

Recurring dreams of the Golden Gate was a possible title for my memoir.  I dreamt dozens of Golden Gate Bridge dreams, starting at six years of age. I still vividly recall waking up paralyzed from the first one.  My parents were beckoning me to cross the undernets of the bridge, ‘Come over to their side’ while I gaped at them, unable to move.  I’ve had bridge dreams where I was under, on top, climbing cables, walking inside both towers, falling off, feeling the fall, crashing, and making it to Kirby Cove on the Marin side.

My last conversation with my father was when I was sixteen years old, and he called to tell me I could have his car, to pick it up at the bridge, because he was jumping.  I begged him not to jump.  He didn’t.  Four days later, he put a rifle to his head and blew a hole.

Another dream series an an adult lasted for over a decade.  It included living in many homes with squeezing spaces.  I always needed to descend or ascend through those tiny enclosures.  Dreaded claustrophobia kept me from making it through, so I woke up suffocating in the middle.  Different homes, different squeezes, same claustrophobia.

Another series came during the time I was a single mother, when my life kept breaking.  I dreamt I rode dozens of different kinds of transportation vehicles, skateboard, shopping cart, broken bicycle.  I could fly on them and kept moving until every vehicle broke down.

The vehicle dreams were so heavy that I really started paying attention and writing down dreams, looking for patterns.  I researched dream analysis, kept a dream journal beside my bed, taught a dream class, and learned to manage dream fear.  I got those images out of me and learned how to fix things.

I painted large sheets of paper using big brushes, went to a local bicycle shop and learned how to fix a flat tire.  Dream fear disappeared because I empowered myself.

Waking dreams integrate my life.  I’ve had two in the past month.  Dream messages may matter more than what I’m doing these days in my life.  If I listen, dreams beckon me to grow into one cosmic mama.

Wendy and I founded one aspect of our developing friendship on understanding how an artist works with the subconscious.  We both agree that the soul is real and counts for more than society recognizes.

She told me a story about Albert Einstein, who believed in the semi-consciousness state between waking and dreaming .  It was where he captured his subconscious messages and  ideas. He valued the ambiguity.

Subliminal aspects enhance my intuition and point me in a new direction. 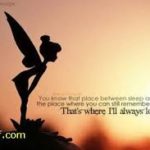 dreams may reveal our deeper souls

Previous: Recipe to raise negativity Next: Behaving like an adult