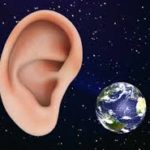 ‘Sound healing’ is a practical type of therapy with information available to us online.  Years ago, I attended a workshop, and I believe it helped me heal some deeply painful emotions. It starts with the idea that sound moves internally from the tips of our toes to the top of our heads.  Smooth harmonic patterns can heal our organs.  Hospice workers have utilized harps with dying people to change vibrations before death.  Both positive and negative ‘holds’ are available to us in musical patterns, containing both happy and sad experiences.

Antiquity tells stories of sounds that were considered ‘good’ during different civilizations.  Each culture continues to define what is ‘comfortable,’ or ‘ordinary notes’ within their particular world and time.  Like branches of a tree, sound and energy spiral out in different directions.

For example, Classical Greeks were into ‘catharsis’ and emotional healing with sound.  Since roots of our culture come from Greece, we also culturally accept that happy or sad emotions can be useful for healing.  Certain symphonic music can clear emotions, like patience, insincerity, and rage.

Another consideration is vibrations associated with plants, like a happy sound for a daisy, or a rose for beauty, or maybe a pensive sound for a pine tree. The concept seems metaphorical, but vibrations seem to coincide with each other.

Another example is ancient Chinese culture, who observed star movements, and explored sound to further understand star frequency.  Records show they also used vibrations to control the ‘harmony’ of individuals within their population.  Dynastic governments controlled music, providing ancient Chinese populations with how they wanted people to ‘vibrate’ in the realm.

European Catholic religion also used sound during early Medieval times.  It nearly outlawed music of its power.  For awhile, musicians and artists were considered ‘diabolical’ in society.  Religion was so strict that people were put in jail for playing the ‘wrong’ tones.  Eventually one-tone chanting developed within the church, tones with no melody, illustrating how religious aspects within a culture also function as an evolutionary tool.

Hindu chants have used vowels to create harmonics for thousands of years, and in their culture, sounds are known to correspond to parts of our bodies.  Of course, chakras are part of the harmonic systems and have their own vibrations.

Jill Mattson works with healing sound, and she’s an interesting speaker I discovered who uses sound and healing techniques.  I’m certain she was the teacher who taught me ‘tonal healing’ in a workshop setting so long ago.  Jill provides much of the information I refer to in this blog.  Mattson shares research with another practitioner, Sharry Edwards (Human BioAcoustic Biology), whose ‘vocal print analysis’ sound work identifies body toxins.  Edwards’ site, Nanovoice.org. introduces her system of breaking human voice into component pitches, corresponding targeted emotional and physical characteristics to notes on a piano scale.  Fascinating anecdotal stuff.  Edwards believes we can ‘tune up’ organs within the body by focusing on musical notes.  There could even be musical vibrations that identify actual sounds of individual diseases.

The human voice releases energy and power, and everything in nature has a vibrational component and harmonic patterns, which means we do, too.  The earth vibrates, so we must have our own vibrational frequency.

Everyone knows how to calm down by listening to soothing music, and raise consciousness by using mindful vibrations, such as chanting.  We might consider anything with an ‘octave’ has potential to transfer energy.

The toning workshop provided me with creative tools to use sound to clear negative emotions.  Groans or laughing vibrations are different, as are sighs. “Mmm” and “ohhh” can clear blockages.  I recommend giving vibrations a try.

One response to “sound therapy”

Previous: living through fire Next: remains