Spring in Marin is so beautiful 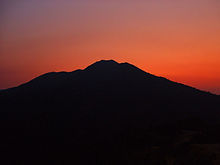 I’m grateful to live in Northern California.  My family moved here decades ago, and my parents remained until they passed away.  My husband and I raised our two sons in Southern Marin, until they grew up and moved out on their own.

Tamalpais is our steadfast 2500 feet high mountain presence, a perpetual queen for families who live around here.  It stands forever, but the towns beneath the mountain have really changed.

Sprawl and overpopulation have devastated Marin County’s infrastructure.  It takes twice as long to travel from place to place, people aren’t as friendly.  Small kids are taught not to trust strangers anymore.  Skyrocketing home prices have driven old timers away.  I certainly would not be able to afford to move here at today’s prices.  It would be a miracle if my children will move back to their hometown because they aren’t super rich, and it seems like everyone who recently moved here has dough.  Millions and millions of dollars.  I don’t know these people.

The people I knew moved to Marin and bought their homes with the G.I.Bill and thirty year mortgages.   Middle class people could afford to live here, but not anymore. It costs over $1500 to rent a studio these days.  Who can do that on minimum wage?  Where are the people in the trades?  Does everyone who works in the service industries commute from Santa Rosa and Vallejo?  That must explain the traffic jams.

Obviously rich people like it here. But, what will happen when all the children move away from their rich parents?  I don’t know young people who can afford to live here on their own dimes, do you?  People around here like me are getting gray haired and old.  What will happen after we’re gone?

2 responses to “Spring in Marin is so beautiful”

Previous: does this grab your attention? Next: love the apple