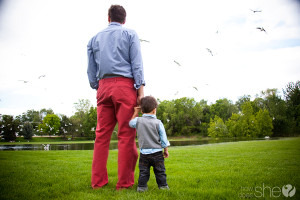 My counselor suggested I start looking for a healthy partner, since my single mother gig was four years rolling.  Sure, I wanted a dad for my little son Brian, but my life was mostly fine, easy, no conflicts, plenty of fun.  I was busy staying sober and teaching, scared of screwing up again.

“You’ll never meet anyone if you stay home. Go do things, be with people who like to do what you like to do.”  I trusted this counselor to think I was ready for dating after four years as a single parent.  What’s to lose?  I love men, needed a real one in my life.  I wanted to be ‘normal’ and live in joy.  After all, I’d had ENOUGH sorrow.

A Sierra Club singles dance was being held in Strawberry near my house, in the same recreation center where my drunk dad fell down and mortified me in sixth grade.  I could make peace with that place, move on. 400 people attend the event, wouldn’t some man want to dance with me?  I put on my favorite flowing flowered red, orange and purple dress with sandals, and went.

He faced the door when I came inside and he was talking to other people.  Frank stood a full head taller than anyone in the room, wore a pink shirt with a red tie, a grey woolen blazer.  He was brown haired with a kind, honest expression on his face.

“He’s too cute for me,”   I thought, pheromones flowing.  He’s out of my league.  I only date losers.

Instead, I asked nondescript men to dance, and some said no—what the hell?   I thought we were at a singles dance!   I kept asking, anyway, wanted to have fun after such a long time.

Frank asked me to dance, looked directly at me, crinkled his eyes and smiled his loving smile.  My heart went wild and I almost jumped him.

I instantly recognized a powerful dream I had when I left  Alaska four years before.  Here was the bearlike man who made me feel okay!  I had forgotten my dream, but it’s true!  After the first dance, I went into a bathroom stall and hyperventilated. Whether or not I ever saw Frank again did not even matter to me.  I believe my dreams are messages.  Sobriety taught me to trust my intuition.  I had a dream and it was coming true right now!

We went onto the balcony and talked.  His wool jacket in June made sweat bead on his brow.

“Should you check your jacket?”

“ No, I’m fine.”  He was stubborn, there’s a clue.  Frank was a native San Franciscan, a Civil Engineer working in the East Bay, and specialized in soils and dam safety.

His Portuguese mother’s ancestors were farmers who immigrated from the Azore Islands.  They were the family who settled in old Tiburon’s Reed Station a hundred years before, in exactly the same place as my neighborhood across the street.  They might have planted the gigantic tulip tree near my house where I played as a kid!  They probably helped build the old barn behind my mother’s house.  We know they were famous for producing Marin County’s finest butter and cream dairy on Del Mar School property.

“I come as a package, with a nearly four year-old boy who lights up my life,”   I told Frank about Brian right away, in case he didn’t like kids, briefly outlining circumstances of my second divorce.  Who wants a divorcee with a child?

Frank mattered to me, big time.  I wanted to see him again, so we exchanged phone numbers, though I was too shy to call him.  It’s that old generational thinking that sticks inside a person.

Frank’s honest eyes and smile gave me courage to believe that some stronger force than me handled this planet. I couldn’t have possibly orchestrated such a miracle as my dream coming true like it did in Strawberry’s recreation hall that night.

Frank called two weeks later, and invited me to hike with him on Tennesse Valley’s beach trail near Mill Valley.  Little Brian stood on the driveway when Frank pulled up in his funky tan van.

“Are you my mom’s date?”  Brian looked up at Frank and smiled at him.  Frank looked at Brian with indescribable gentleness, and I saw a good man.  I knew I loved him, even though he was a stranger.