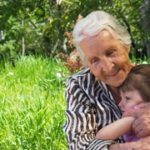 Lab Girl by Hope Jahren is a novel about a woman biologist, and she described a fact about trees that impressed me.  Hope researches trees, and explained that trees can replicate themselves by extending miles of taproots.  One tree can grow identical to itself one mile away, but the first tree is older than the second.

The taproot fact provides a metaphor that blends with my dream last night.   The particulars of the dream left, but I woke up remembering my grandmother’s concern for me when I was a child.  I remember her telling my mother she worried I was getting too fat.

It was true that I was too fat.  My parents both worked full time, and lax daycare gave me plenty of freedom to do self-harm.  I stole money for candy, started smoking when I was nine years old and had over fifteen cavities before I was ten years old.  Drinking alcohol came soon after that.

I was a sneaky kid, so even when they were around, my parents didn’t know what I did.  I gobbled several candy bars a day, which made me fat.  I developed compulsive eating behaviors that keep me fat to this day.  My parents’ absence allowed me to seek comforting behaviors that will kill me.

No blame about how my parents raised me.  There was tons of fun along the way, too.  I experienced emotional neglect, and a persistent feeling of not being seen grew throughout my life.  I believed I was invisible.

Both of my parents didn’t consider consequences of their drinking lifestyle, and personal problems kept them self-absorbed.

The taproot extends three generations and duplicates itself.  My grandmother was abandoned when her own mother died and her father gave her away to distant relatives.  Memories of her childhood time might have come up for her when she saw me struggle in my generation.

Before she died, my grandmother and I made a solemn pact that if she could, she would come back to me.  I believe her loving concern arrived in last night’s dream.  I feel her love at root level.

Maybe it’s returning from the dead.  Love transmits itself.

Her love for me brought tears to my eyes.  I pray to unleash decades of unshed tears.  Maybe seeking comfort through food as a child distracted me enough to not fall apart.

As an adult, however, those behaviors no longer work.  I accept my grandmother’s wisdom through the dream message and marvel at life’s mystery.

Previous: travel without Next: give shame a name