give shame a name 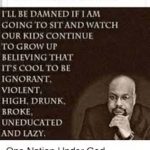 Lingering memories of growing up with alcoholism are not to be buried.  I’m learning not to blame anybody, but telling the truth is my reality.  I grew up with a disease that effected my perspectives.  I write down the memories as they occur, so others who experienced similar situations  can purge their stories and not feel alone anymore.  We did nothing wrong as children, so it’s important to bring light and context of the disease that devastates millions of families.

My friend Tracy’s mother taught her to make dry gin vermouth martinis when she was nine years old, and I used to hang out at her house every day.  Her single mother and my mom came home from work and drank martinis on Friday nights.  We helped ourselves to her mother’s liquor cabinet, and didn’t get caught.

My mom’s routine was to drive four houses down from our house to Tracy’s, get drunk, and back up her car back to the house, weaving, slamming brakes, tires up on the sidewalk.  She stumbled in through the back door to her bedroom, and passed out diagonally on top of her bed.  Eventually, my mom told me she couldn’t handle gin anymore, and stopped her Friday night routine with Tracy’s mom.

Tracy’s mom was furious that my mother stopped coming over.  Red faced scrunched with beady eyes and tar colored teeth, she raged and blamed me for my mom and I took it.

“Your mother thinks she’s such hot-shit.  Who does she think she is?   Her loser old man gets blind drunk all over San Francisco, cops bring him home and drop him like dead weight on the doorstep.  She’s nothing to me.”

She was accusing my parents.

“No, no.”  I faced her shaking my head, and my world got small.  I looked at Tracy’s horror-stricken, wide-eyed face, totally unprepared for her mother’s onslaught.   When she stopped yelling, I faced her, backing toward their glass front door, shut it carefully with both hands on the knob, trying not to  break anything.

Humiliated to the bone, I felt my family’s shame.  I was screwed up and I was lost.

That was when I was ten years old, and I no longer live in a world that humiliates children like me.   Alcoholism is a disease that destroys families.  The truth is, I was not the only kid who had alcoholic parents.  Millions of children grow up in similar circumstances.

When we were small, we had no defense.  As I come to really understand the cruel nature of alcoholism, I raise my head.  It wasn’t my fault that things were so sad around the house, and it’s time to let go of the pain.

My parents suffered extreme consequences from drinking, as Tracy’s mother  did.  She and I learned self-reliance and how to run a household while the adults were checked out.  It was helpful to have each other know what’s going on during the time.

Eventually, adult children can learn solutions to letting go of shame caused by a disease that tells you it isn’t a disease.

2 responses to “give shame a name”

Previous: taproot Next: the horror