the difference between shame and guilt 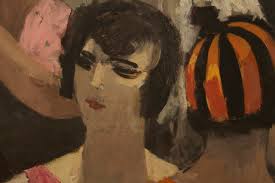 call it shame or guilt, the feelings aren’t the same

One person calls it shame, the other calls it guilt.   What’s the difference?

When discussing emotions with a friend, I tell her how I experience shame, but it is not the same emotion my friend describes when she experiences guilt.  She doesn’t use the word shame to describe her feelings, and I don’t use the word guilt to describe mine.  Why not?  It’s likely that culture created the associations with those words that we both understand differently.  I wanted to better understand what I was feeling, so I investigated the definitions.

Dictionaries tell us this:

Shame is a negative, painful social emotion resulting from what one does and how one thinks they should act in society.  But even without action, simply existing is enough to feel shame.  Though considered an emotion, shame can be considered a condition.

The root of the word shame come from “to cover” and is often associated with blushing.

Guilt has a range of definitions, such as an emotion that a person feels when they have violated a moral standard, remorse for some wrong.  Guilt has multiple definitions from the law, as well.

The root of the word guilt is based in the legal system.

I’m talking about bone deep ashamed for being alive.  She’s talking about feeling bad for things she’s done in her life.  They really aren’t the same.

Regardless of what we call negative emotions, they are painful and have to be managed before getting out of control.

I am teaching myself to catch what I call shame as early as I recognize it.  I know the emotion is toxic and very painful.

If I start feeling bone deep dread for breathing or being alive, that is my interpretation of shame.  I close my eyes, breathe, and try to go into a warm light behind my eyes for a moment.  If I’m driving, I have to pull off the road and park my car for five minutes, center myself and let go of the toxic emotion that runs so deep inside of me. I have success with this technique, and the negativity doesn’t last as long as it used to.

I’m not sure what my friend does when guilt comes into her mind, but it’s good to know there is a difference between the words and emotions, and I am relieved that I can explain it to myself.