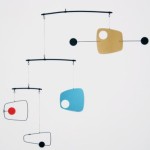 American parents are supposed to train children to handle life, and deal with problems.  The big families of our past assigned children to raise each other.  Older sister takes care of younger ones, and the oldest one paves the way.

I was in two family roles.  My birth role was being born the oldest daughter in an alcoholic home.  That was fun because I had a little brother to push around, and I could make him do stuff, like drink obnoxious concoctions of newspaper and garlic shakes, which he actually drank.  I could also protect him from the dysfunction, show him what it means to be loyal, to do stuff like bury road kill that lay beside our streets.  He thought I was cool, and I believed him.

When my brother died, I was beyond grief, but also became an only child, which was a pressure that only children must live with from birth.  I felt obliged to protect my mother, do the right things, make her proud, produce grandchildren.  It was a different perspective from my birth position, and I managed to be successful.  It wasn’t easy to switch positions.

Bradshaw mentioned the roles of hero, the lost one, the caregiver, black sheep, and mediator as positions in alcoholic homes.  The good side was a child had a role, but the down side was there is a lifetime stereotype that went with each position.

I started off as a black sheep hero, the firstborn.  I broke rules and forged streams for my brother.  But he died, so what happened after his death?

I was forced to re- identify.  I was also an alcoholic, and I moved into the role of caretaker.  I managed to handle that role. Then I got sober, and the whole system shifted.

My sobriety changes everything.  I developed a more rounded character, and I solve problems in more mature ways.  I faced my demons and established enough self-esteem to work through the crazy thinking I grew up with.  Sober thinking is very different than drinking thinking.  I behave with more maturity, which also changes craziness.

The most important thing I’ve ever done in my life is let go of alcohol and other substances.  I am grateful that each day brings me another chance.

Previous: bagpipes, love and loss Next: listening to my heart