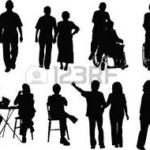 many elder Asians walked around

Ever since I read “Directing Your Destiny: How to Become the Writer, Producer, and Director of Your Dreams” by Jennifer Grace, I’ve taken her suggestion and I title my dreams.  Including the main action of the dream in the title helps categorize them, allowing for easy retrieval when we look for dream patterns.

Tommy and I went from kindergarten through high school together.   He was a kind, lowkey boy and his easygoing smile is part of my childhood landscape.  He doesn’t know that he’s the only kid from junior high I ever want to see again.  I remember how he rocked back and forth in public, and found comfort watching him in front of the class, holding his report, right foot in front of the other, rocking while reading aloud.  His gentle dark eyes were behind glasses and his dark hair was curly dark.

I have been trying to reach him on social media without success.

I woke up from this dream as if were a nightmare.  I was on a crowded unfamiliar street, and suddenly Tommy’s a man walking beside me.  I said, “Tommy, I’ve wanted to tell you how much you mattered to me during my elementary years,” but he didn’t look me in the face.

He seemed to be walking around as a group of older Asians walked around the city, and off the cuff he replies, but I don’t remember exactly what he said.  He grabs my shoulder and pulls me, saying “you’ve got to look around you, be careful,” or what felt like a scolding.

I felt stung by the brushoff, and disappointed because I wanted to sit down and have a little visit with him, to tell him he mattered.  I wanted him to know that I saw him, and understood his goodness.

I startled awake, and wrote down the dream, because it felt like a mixture of many things.

I watched Jeff Bridges and Rosie Perez in Fearless last night.  It was about a California man who survives a horrible airplane crash and goes through serious aftershocks by acting like he’s fearless.  He weeps at the end, and we know he’s still human and alive.

The group of elder Asians comes from my latest experience at the Outlets.  A large group walked around the mall.  I remember remarking to myself how many were there, and guessing it was a senior outing of some sort.  Then I remembered I’m a senior, too.

Tommy’s scolding is not familiar, and I woke up shocked by his deliberate disconnect after fifty years.

The dream’s message might have to do with trying to be more honest with people, and admitting that I could feel rebuked for wanting to trust my new behavior.

I discussed the dream with a friend who immediately went to the Alumni website of our high school class, looking for Tommy.  She said she was the type who desperately wants to get in touch with people, and recognized how I was ‘on the other side of the river,’ regarding my interest in reconnecting with high school chums.  She thought that I should spend days looking for Tommy, because my kind words about him in school just might keep him from killing himself, if he was cosmically reaching out to me in the dream.  I’m giving that search up to serendipity, and hope to naturally run into him.

It was a dream, and I’m glad to write and see the various elements, and get it out of me.

2 responses to “working a dream”

Previous: taking a chance on letting people know me Next: natural sight