would you want to read this? 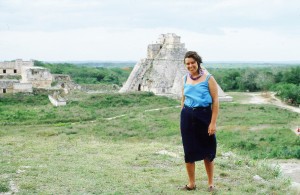 I don’t remember the moment my heart started beating, but I’m paying attention now.  My heart continues to beat and I’ll breathe while I tell you what is true.  When I started writing, I did not expect to board what feels like a skyrocket.

I’m like a kaleidoscope that turns inside itself. I’m the same person on the first turn, an elder in the fast forward flow of my life.  Spin again and most of my family are ghostly traces of light inside a prism with full color memories. I can’t tell you where they relocated besides my mind. I don’t know where rockets go.

I grew up trying to make sense of went down in our American house during the glory years. My parents’ drank, and so did I.

The hills above my house matter in my story, too, because they could only be wrecked once, permanent desecration of Marin’s landscape.  The developer of my neighborhood made money.  I was a child and didn’t understand ’progress,’ but wrecked is wrecked. Bulldozers don’t need much time to do their thing.  Day after day, men and chainsaws made trees disappear and it still hurts to see its outcome.

I take responsibility for doing stupid dumbass things.  I managed to do some thinking, too, but I spent decades of my life not thinking about consequences of my actions.  Once I snorted PCP in a stranger’s car up in Oregon.  But that’s the type of crazy story that comes later.

I kept family secrets while people were alive, and if someone looked at our family from the outside, things were mostly ok at the Brown house. But what was going on? I wonder what’s behind my eyes? Why can’t I see my own face?

Take my best friend Lindy. We were in junior high together. We were suburban Tiburon Peninsula kids in Marin County during the 1960’s, getting stoned and driving around, off the chart. We rolled our long hair around large orange juice cans, took turns sitting under Lindy’s hatbox dryer, smoking Winston cigarettes in fliptop boxes and snorting nail polish remover.

So what was it like for me to have been born in Japan on the fourth of July?  It’s not like the Japanese celebrate our American holiday, do they?  Thank God for fireworks.  I truly thought they were for me.  Gracias, Everybody.  I never trusted my birthday.  What was mine, and what belonged to everyone with the day off?

I pulled average grades in school, managed to complete credentials, taught junior and high school for decades, failed twice to be a sane wife, and then I succeeded a third time semi-sane.  Somehow we managed to raise two sons.

Lindy spent her life in mental institutions.  No partners, no kids.  I know plenty of other lunatics besides Lindy who haven’t been locked up. She disappeared from us.

2 responses to “would you want to read this?”